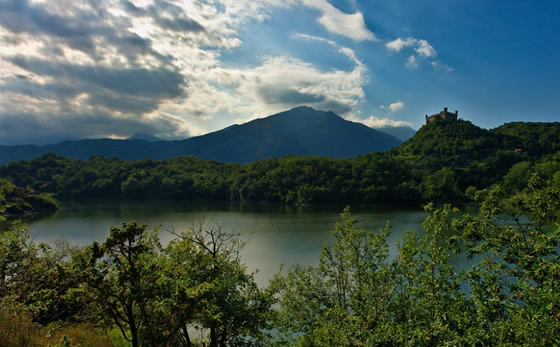 The Five Lakes and Terre Ballerine

The Five Lakes in the Ivrea region provide a very important habitat supporting a great range of local flora and fauna, and make an interesting and enjoyable outing for lovers of natural beauty.
The Terre Ballerine (Dancing Lands) are actually a peat bog, while the land they occupy was originally a lake.
This body of water was filled in, partly through natural causes, and partly because it was drained to extract the peat; used as a fuel for the iron and steel industry. However, the water still gathers below the peat layer, held by the roots of trees, and for this reason the land perceptively sways.

Lake Sirio is situated in the area known at the Canavese Orientale (Eastern Canavese).
The main feature of the lake is the beauty of its surroundings: it is set in an arena of rocky hills formed during the Pleistocene era by the Balteo Glacier. The lateral moraine on the left, known as the Serra d’Ivrea, dominates the landscape over a distance of 25 km.

The Serra d’Ivrea is certainly one of the greatest natural attractions in the area, as it is one of the best-preserved lateral moraines in Europe.
There are no tributaries on the surface, so it is assumed that the lake is fed by underground springs. 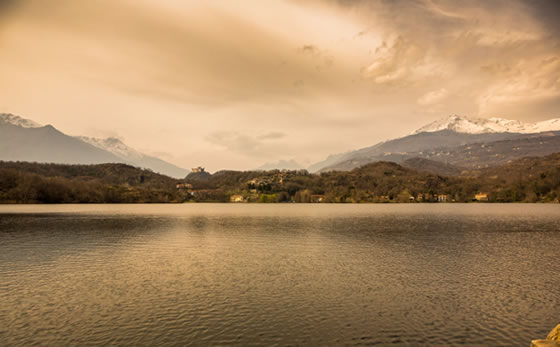 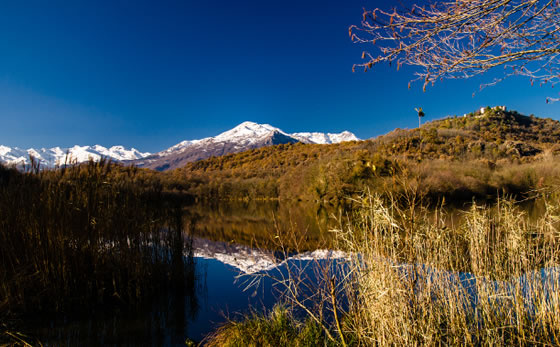 Lake San Michele is the smallest of the Five Lakes of the Serra d’Ivrea, and is set in a rocky depression of glacial origin.
Lake Pistono is fed by the River Montesino, by water from springs in Bienca, and by drainage water from the area around the erstwhile Lake Coniglio (drained to facilitate peat extraction). From the shores of the lake, you can admire the lovely scenery, in an almost magical atmosphere of tranquillity.
Lake Nero is the most isolated and unspoilt of the Ivrean lakes. Surrounded by steep wooded hills, it evokes images of battles and ambushes in the style of Walter Scott’s classic tales.
At Lake Campagna (near Cascinette), you can walk along the shore on the right side, following a path which climbs over basalt rocks and takes you towards Lake Sirio.

The Castle of Masino

The Castle of Masino dates back to the eleventh century and was the home of the Counts of Valperga for ten centuries. It looks out over the plain of Canavese and is surrounded by a huge park.

This historic mansion has witnessed a succession of battles, recounted in its monumental rooms and elegant salons, finely decorated with frescoes and lavishly furnished. Amongst the prize collections at the Castle, the impressive display of 18th and 19th century carriages really stands out. Most of them once belonged to the Valperga family, and the collection is on show in the Palazzo delle Carrozze (Carriage House). 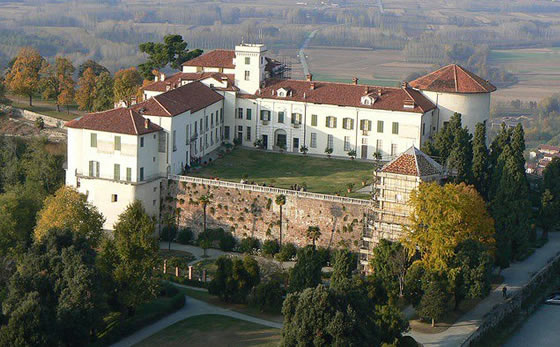 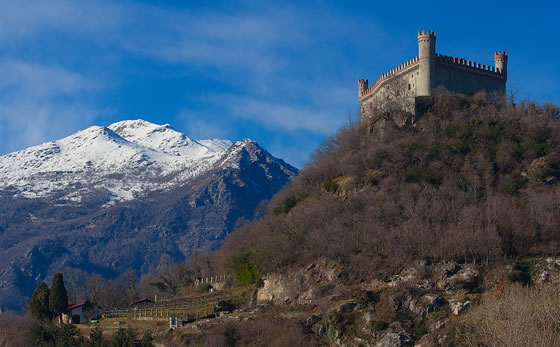 The Ducal Castle of Agliè is a majestic Savoy residence dating back originally to the 12th century. The castle was renovated and enlarged from 1600 onwards by Amedeo di Castellamonte and Ignazio Birago di Borgaro, and represents a fine example of Baroque architecture. It stands in extensive grounds with English and Italian-style gardens and ornamental fountains.
The Castle of Mazze’ was built in the 12th century by order of the Counts of Valperga. It actually consists of two separate castles, one large and one small, divided by the gardens which surround the whole complex.

The Castle of Montalto stands at 405 metres on Mount Crovero. It was constructed between the 10th and 11th centuries, although it is not known who built it. We do know, however, that around the year 1000, it consisted of a tower, a connecting wall and a chapel dedicated to Efisio, Marco and Eusebio.